This portable display showcases inspirational South Australian stories. The servicemen and women featured represent the thousands of Aboriginal and Torres Strait Islander people who have served in the Navy, Army and Air Force over the past century.

Despite discrimination in everyday life and in national enlistment policy, Aboriginal and Torres Strait Islander people volunteered and served in all conflicts in which Australia has been involved. The service of the ten people in this display extends from the First World War to Afghanistan. Some returned from battle, some were injured, others were taken prisoner or were killed in action. Viewers will be moved by their courage and achievements.

The Call of Country project was initiated and managed by the Register of Aboriginal Veterans of South Australia (RAVSA) with the support of Reconciliation SA. The display was developed by History SA, with design and construction by Arketype.

Call of Country can be borrowed by community and service organisations, local libraries and educational organisations across South Australia, including on Aboriginal Lands. The five double-sided A-frames and seven double-sided pull-up panels are light and easy to transport and set up.

To find out more about the display and to enquire about a booking please contact: 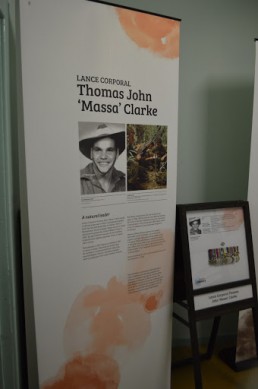