In early 2020 a study was released that essentially proved the existence of unconscious bias against First Nations people from Australia in seventy-five per cent of people. The study was conducted by academics from the Australian National University. The data measured was taken over a ten-year period from over eleven thousand subjects. The study’s finding was that “implicit or unconscious … END_OF_DOCUMENT_TOKEN_TO_BE_REPLACED 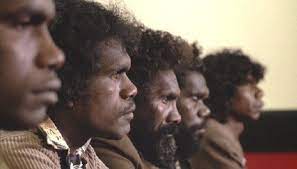